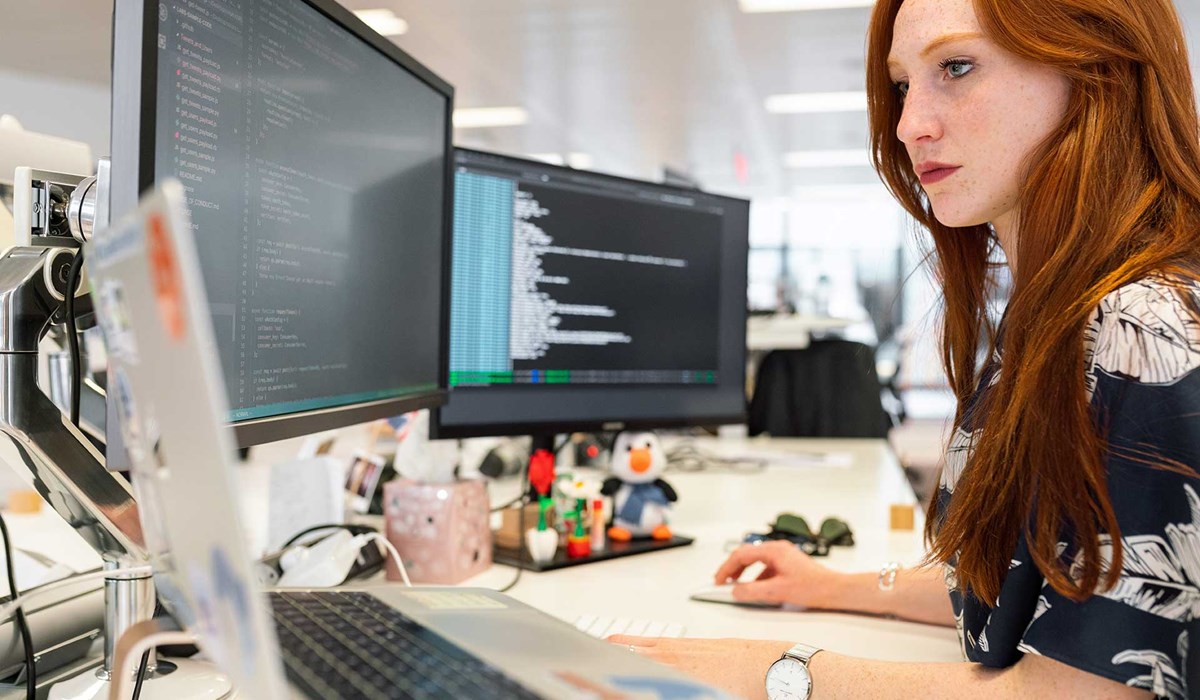 “Tech is an incredible force that will change our world in ways we can’t anticipate. If that force is only 20 to 30% women, that is a problem” Susan Wojcicki, CEO of YouTube

The 8th of March welcomes International Women’s Day 2022. A day which aims to celebrate the social, economic, cultural and political achievements of women and which also marks a call to action for accelerating women’s equality globally. To commemorate this, Pogo Studio is recognising all the fantastic women who work in industry changing tech roles.

Reshma Saujani, Founder and CEO of Girls Who Code

Reshma Saujani is a New York Times bestselling author and the first Indian American woman to run for Congress. Saujani attended both Harvard University and Yale Law School, and soon after began her stellar career. In 2012, Saujani founded Girls Who Code, a non-profit aimed at increasing the number of women in the computer science field. The idea was born after she had attended several schools while campaigning for Congress and became aware of the gender disparity in computing. Girls Who Code now has over 8,500 programs worldwide, including Clubs and Summer Immersion Programs

Dr Fei-Fei Li is one of the most influential women in modern technology. Born in China, Dr Li moved to the US with her mother when she was 16. After studying physics at Princeton, she went on to gain her Ph.D. in Electrical Engineering from Caltech. Dr Li co-founded AI4ALL, a non-profit which aims to improve diversity in the AI field. But she is most well known for her work on the ImageNet project, a database which essentially helped to “train” the first computer to recognise and understand what’s in a picture. Learn more about her incredible work through her 2015 TED Talk.

Wojcicki was Google’ sixteenth employee and very first marketing manager. She contributed to the development of Google Images and AdSense as she rose up the ranks in the company. Susan Wojcicki was the person who initially suggested the acquisition of YouTube, and became it’s CEO in 2014. Over her career, she has taken a bold stance against gender discrimination in her op-ed pieces, including “How To Break Up The Silicon Valley Boys Club”.

After obtaining her Engineering degree from Vanderbilt University, Bryant took on technical leadership roles in several pharmaceutical and biotech organisations for over two decades. When her daughter began to show an interest into the world of computers, Bryant realised there was a great lack of black women in the STEM professions. Subsequently, Bryant started Black Girls Code in 2011, a non-profit which helps girls learn in-demand skills as they think about what they want to be when they grow up. Today, the organisation has 16 chapters across the United States, one chapter in South Africa and aims to teach 1 million black girls to code by 2040.

The Women at Pogo

Finally, we would like to recognise all the fantastic women here at Pogo Studio, who work tirelessly to help us achieve great things in the tech industry.

Find out about how Dr Amy Small has worked with the Pogo Team to help us use technology to tackle long-covid in our first Health Tech Talk, Wednesday 9th March 12 noon. Sign up now!

Keep an eye on our social media over the next week as we share their Meet the Team blog posts.