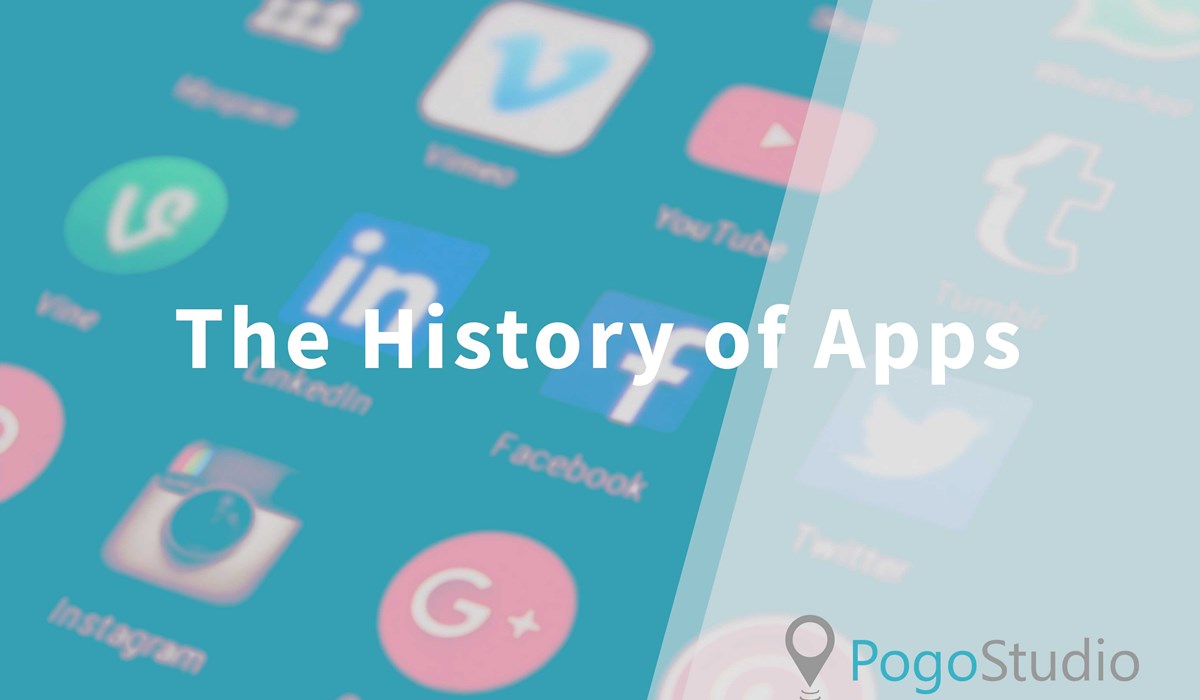 The History of Apps

Think about how many apps you use a day. Before breakfast, you have already turned off your phone alarm clock, opened the weather app, browsed on social media, and checked your email.

Think about how many apps you use a day. Before breakfast, you have already turned off your phone alarm clock, opened the weather app, browsed on social media, and checked your email. In 2017 the average person used 9 apps daily, and 30 monthly. From our phone calculator to social media apps, we rely on them as soon as we wake up. The apps we know and love are becoming more advanced as time goes on, which may lead you to ask “how did we get here?” Apps weren’t always like they are today, so let’s go back in time and see how it all began.

The first smartphone by IBM in 1993 had the (now seemingly simple) features like a calculator, world clock, calendar, and contact book. It’s crazy how the earliest types of apps are still used in our daily lives today.
We all have a love/hate relationship with the game “Snake,” which was released in 1998 as a standard pre-loaded game on Nokia phones, later becoming a global sensation.

A serious breakthrough in app downloading had begun when the first iPhone was released. In July of 2008, Apple’s App Store went online for the first time. Apple released about 552 apps, only 135 of them to be downloaded for free. In only one week, iPhone users downloaded ten million apps! A lot of these apps included simple games and communication apps like AIM.

As of 2017, more than 197 billion apps had been downloaded on the Apple App Store, with this number growing year on year. This doesn’t include services like the Google Play Store or the Windows Phone Store, both growing app downloading services as well. With this statistic, we can only assume that the importance of mobile apps will continue to increase for years and years to come.

Looking to create an app for your company? Pogo Studio offers the expertise of professional developers to create apps across all devices. Check out our most recent projects to see what we can do!