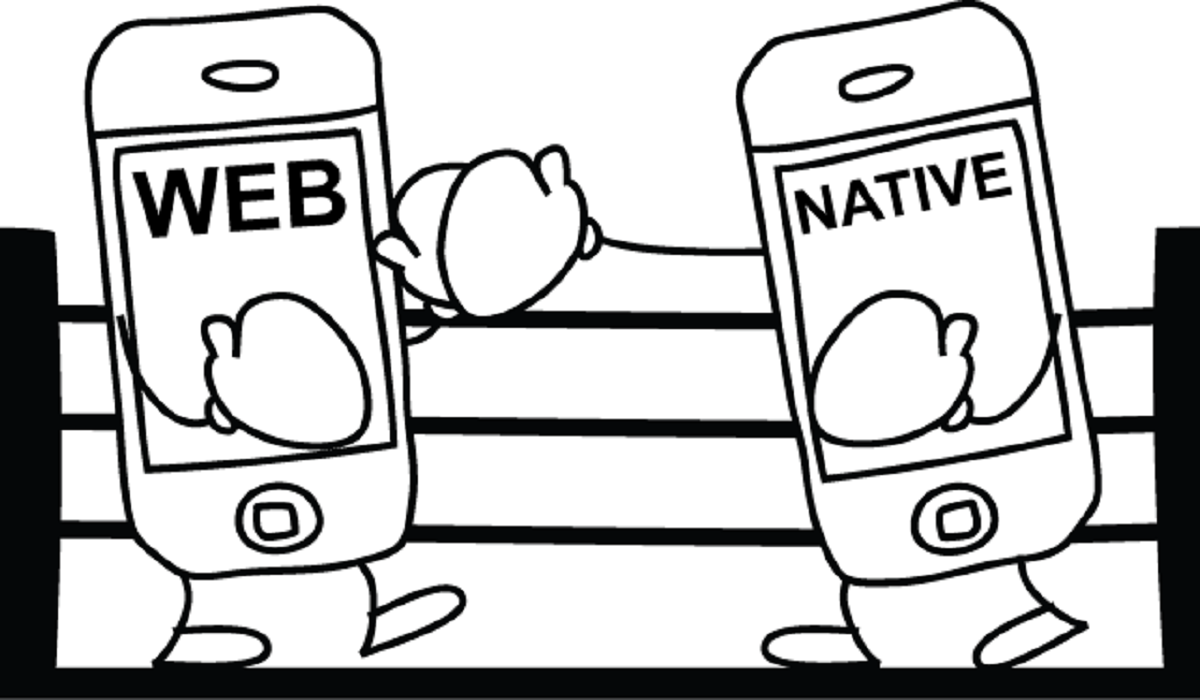 There’s a lot to consider when developing a mobile app. Something that is often overlooked, especially by those without a technical background, is the type of app you should create.

There’s a lot to consider when developing a mobile app. Something that is often overlooked, especially by those without a technical background, is the type of app you should create. Apps generally fall into two categories: ‘native apps’ and ‘web apps’. There is a third category known as ‘hybrid apps’ which are a combination of the two, but we won’t be going into much detail on hybrid apps today. So, what’s the difference between native apps and web apps? As a user, it’s not always immediately obvious if an app is native or web-based, especially if you don’t know what to look for. There are however many functional differences, as well as cost differences to be considered.

The difference in the development of native apps and web apps is vast. First and foremost, the technologies used are completely different. Native apps are written in the language defined by the operating system they are being developed for. Apps that are developed for iOS are written using Objective-C, and Android apps are written (primarily) with Java. Web apps on the other hand are not confined to one language, and can be created using languages such as JavaScript, CSS3, HTML 5 and many more. This is up to the discretion of the developer and their preference. So why is this relevant? The language used to develop the app will have an impact on two key areas: functionality, and cost.

One of the main advantages of a native app is that it has full access to the device’s hardware. This allows you to control the camera, accelerometer etc. from within the app. Web apps on the other hand are extremely limited and can only access a handful of features. Native apps require updates to be downloaded onto the device via the app store. Web apps can update themselves instantly, which is a big advantage. Another thing to note is that native apps are generally faster than web apps, and have a unique feel that makes them more “app-like”. One major difference between native and web apps is that web apps must be connected to the internet to function. If there is no internet connection on your device the web app will not work, just like a website wouldn’t.

Native apps are almost always more expensive than web apps. This boils down to the workload. To develop the app for both iOS and Android devices there is more work involved. This goes back to the different languages used on each operating system as I mentioned earlier. Developing the same app in 2 different languages is twice the work. There are some workarounds to this, at Pogo Studio we use a cross-platform tool called Xamarin that cuts down development time significantly. A web app is the cheaper option because the code only needs to be written once and it will function across all devices. This is often reason enough to choose a web app over a native app, but you need to be sure that you will still be getting all the functionality your app requires.

So how do you decide which one is for you? Ask yourself what you need your app to be able to do. Do you want it to work without internet connection? Then it needs to be native. Does it need access to native functions such as the device camera? Native. Will you be pushing regular updates to the device? Web app. What’s your budget? Remember, web apps are cheaper. These are all determining factors that can help you decide. You don’t need to make the decision yourself, recruit the services of a development team and they will help guide you through the process. At Pogo Studio we are always happy to help with this.

If you’d like some more information on this topic, you can check out the 'app comparison' section of our website, or you can get in touch with us at info@pogo-studio.com